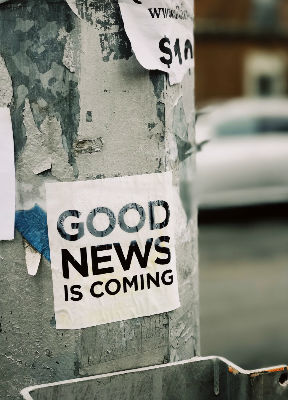 Jesus said, “If anyone wants to come with me, he must forget self, carry his cross, and follow me.  For whoever wants to save his own life will lose it; but whoever loses his life for me and for the gospel will save it.  Do people gain anything if they win the whole world but lose their life?"  From Mark's Gospel, chapter 8

Challenging words. Tough questions. What's the point of life? The world's full of folk trying to win, make a pile, get ahead, climb the greasy pole. But then what? And at what cost to themselves, and to the poor, the weak, the victims of greed, aggression and ambition?

Our beautiful world is scarred with conflict, selfishness and need. The Bible (the world's best selling book) is realistic about the cause. We have left God out, rebelled against Him, and set our minds to value other things. And those "idols" have failed us.

So what about Jesus? The quality of his life and teaching has been admired for 2,000 years. He stands out, unique. Christians believe He was, and is, God's only Son. But for many He wasn't a welcome visitor to this world. He was challenging. He still is. He made people uncomfortable. He still does. He was ill-treated, mocked and put to death. Today, His Name is  a common swear word.

So, was He just a good man and inspiring teacher who came to a bad end?

No. The awful crucifixion outside Jerusalem in 29AD was no accident. It was God's plan that Jesus would take on Himself the guilt of mankind's rebellion, its selfishness and pride. Think about it. It's mind-blowing.

But it's more than that! Because three days after they thought they buried Jesus and got Him out of their lives He rose up from His tomb, appeared to many and returned to His Father.

Incredible? No, in fact the evidence is compelling for those who bother to look.

Christians believe this Jesus lives, is Lord, and will one day return. We believe He can transform our lives. We believe His challenge at the top of the page is well worth accepting.

Want to know more? Who wouldn't!